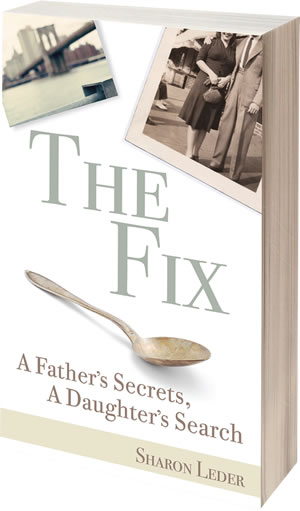 The Fix: A Father's Secrets, A Daughter's Search

The Fix tells the untold true story of Jewish youth involved with jazz and drug culture in the Depression years, the shattering effects on family, and the unexpected response of a daughter catapulted into feminism by resisting social norms of her mother’s generation that demeaned women if they were not attached to men.

“I read The Fix cover to cover and wept. I wept as the father of three wonderful daughters.” Dan Wolf, Massachusetts State Senator

“Beautifully written, "The Fix" is an important contribution to the human struggle For all concerned with addiction and its consequences, for anyone with addiction in the family, this is a must read.” Kathleen Spivack, Unspeakable Things, Knopf 2016

Learn More about The Fix 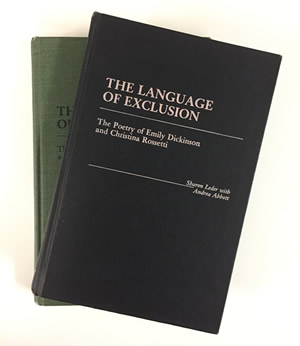 The Language of Exclusion

The Language of Exclusion: The Poetry of Emily Dickinson and Christina Rossetti, Sharon Leder, with Andrea Abbott

This approach to two brilliant poets, whose lives almost exactly overlapped, shows they have been wrongly detached from the political issues and reform movements of their day. The approach releases them from the prison of their private selves and demonstrates their poetic responses to public events in their age.

“People in the literacy field may be interested in approaching this book as a model for analyzing women’s writing within a societal and historical context,” Janice Lavery, Canadian Women’s Studies, cws.journals.yorku.ca

Stories and Poems on the Holocauset
Edited by: Milton Teichman and Sharon Leder

The stories and poems in this volume, written during and after the Holocaust, are international in scope, represent translations from nine languages, and include Jewish and non-Jewish writers, men and women.

“The scope of the book and the judicious selection of stories and poems make this a very valuable collection,” David Roskies, ed. The Literature of Destruction: Jewish Responses to Catastrophe;

“An impressive anthology of poetry and short fiction that spans the spectrum of Holocaust experience and explores the varieties of Holocaust response and implications for future generations,” S. Lillian Kremer, Witness through the Imagination: Jewish American Holocaust Literature, 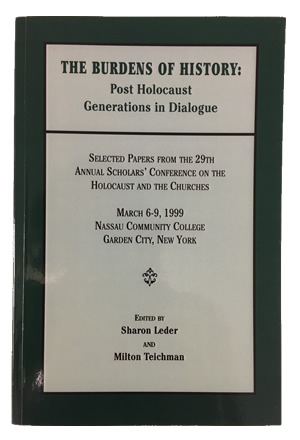 The Burdens of History

The essays in this collection represent the writings of educators on the Holocaust who presented papers at the 29 th Annual Scholars’ Conference on the Holocaust and the Churches 1999. The essays respond to questions that continue to mystify the intelligence and the imagination: How could the genocide have taken place in the heart of “civilized” Europe? Why did the Vatican not go on public record against the victimization of Jews and other targeted groups? To what extent were groups other than Jews victimized? In the post-Holocaust era, What do interviews of perpetrators yield about breaking through repression and denial? What do interviews of women survivors yield about the formation of surrogate families in the camps? What type of dialogues are taking place among Holocaust scholars, Holocaust survivors, and the students who are learning from them? 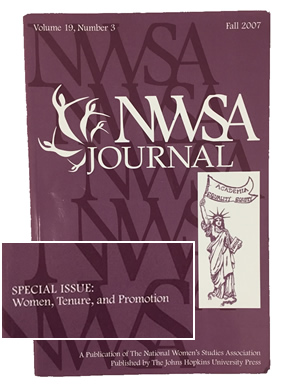 A Publication of the National Women's Studies Association
Volume 19, Number 3

This special issue of the NWSA Journal (Vol. 19, Number 3, Fall 2007) focuses on several key challenges women faculty face in higher education―obtaining tenure-track positions and tenure; contending with gender and racial prejudice and biases that foster inequality and inequity in treatment, recognition's, and rewards; advancing through the academic ranks on a timely basis; breaking the academic glass ceiling by reaching the rank of full professor; and achieving parity in representation at different ranks. . .

The authors in this volume . . . offer various analyses and solutions for these and many other problems and challenges, suggesting ways for the academy to welcome, retain, tenure, promote and equitably reward women faculty. 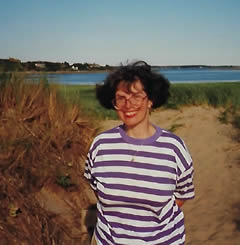